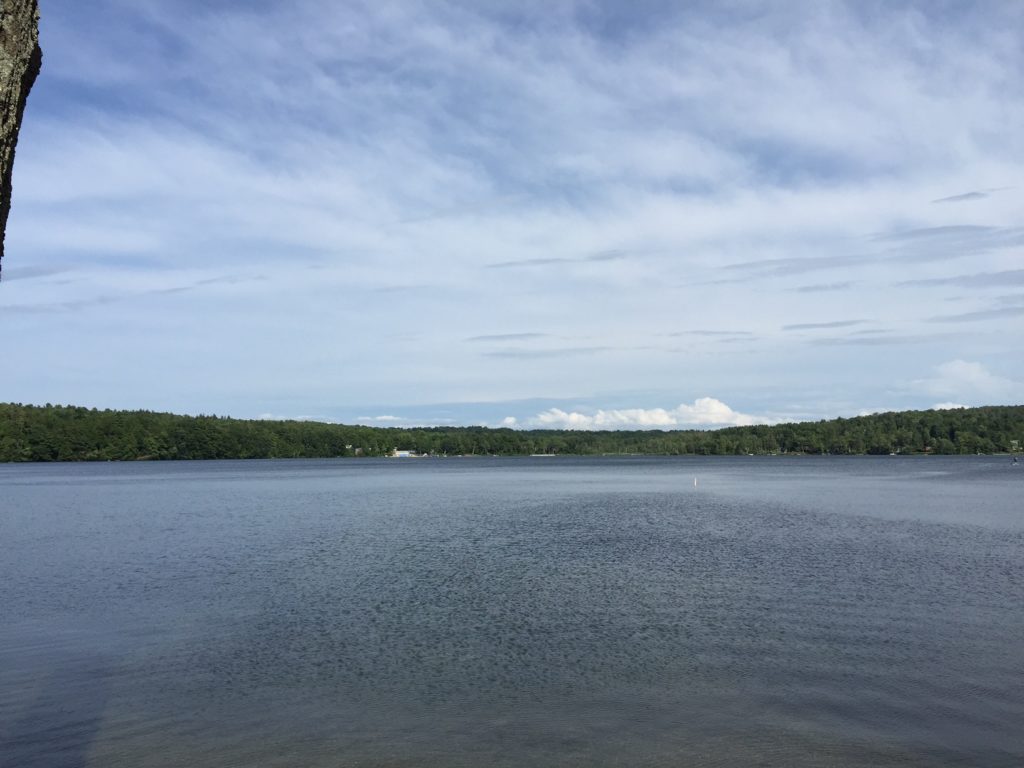 Stockbridge — If we were to experience the world solely through today’s social and other media, we’d be watching out for terrorists and venal politicians behind the ice-cream counter at the SoCo Creamery or lurking under water at the Stockbridge Bowl, waiting to pull us down.

I was reminded of this last week on my way to Kansas City. Here’s what happened.

A few months ago I decided to record the first two-actor audio production of The Importance of Being Earnest. Why? Because James Warwick, who starred in Oscar Wilde’s An Ideal Husband on Broadway agreed to play all the parts I wasn’t going to play, i.e., the men. Plus, it hadn’t been done before. Much to our astonishment, thanks in no small part to the technical wizardry of co-producer Steven Jay Cohen, it worked and our audio production was selected to be played in front of a live audience as part of the Hear Now Festival in Kansas City – the largest audio fiction festival in the world.

Which meant I was going to have to get on an airplane.

I am not alone in my dislike of modern-day air travel. I used to love it. Now I loathe it. Every time I enter an airport these days I find myself muttering Dorothy Parker’s famous line “What fresh hell is this?”

But I’m as capable of shutting out the world around me as the teenagers I live with, so as I’m crammed into a tiny seat in a tin can full of stale air, I’m staring at my iPhone manically flicking through Facebook posts about Comey and Trump and the re-election in the UK and a column about persistent glass ceilings and how opportunities for girls and women are dwindling worldwide.

Depressed, I put down my iPhone and, noticing the young woman sitting next to me, I decide to offer her a pretzel. Perhaps if I do that she’ll take her earphones off and we can strike up a conversation. It works.

It turns out I’m sitting next to Ellen Noble, a 22-year-old student at UMass who is also a successful professional cyclist and already a smart business woman. She negotiates her own sponsorship deals and, this summer, decided to start a cycling camp for girls.

“I want to inspire teenage girls to follow their dreams,” she says. “We need to hold young women to the same standard that we hold young men, don’t you think?”

“I do,” I say, tossing the last pretzel into my mouth and smiling.

That was a very good beginning to my week, and I was privileged to spend the rest in the company of some of the brightest lights in the audio industry, who use their time telling stories of all kinds about what it means to be human.

The broadcast news over that same period got worse and worse.

The news we are fed daily is divisive and alarming, but if we get out of the bubble we find there are also good things happening. Right next to us and all over the world.

As I flew home to my life in the achingly beautiful Berkshire hills I looked out the airplane window and thought of a line of Oscar Wilde’s: the night can be very black, “but some of us are looking at the stars.”