Alison featured & interviewed in Rural Intelligence, The Rural We: Alison Larkin, sharing how she made her way to the Berkshires. 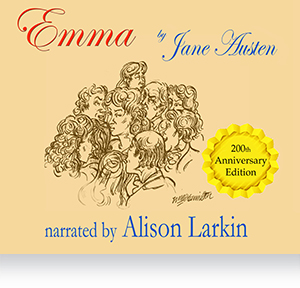 Praise for Alison Larkin’s narration of Emma: “There’s a vintage feel to Alison Larkin’s narration of this Austen favorite. The bell-like quality of her sweetly accented voice harkens back to another, quieter, time. However, her delivery of this much-loved matchmaking story offers a flexibility that is contemporary and easy to hear. Larkin’s vocals can be precious or blustery, proper or pompous, depending on which character she occupies, and she creates distinctions between each with skill. The pace is brisk, and Larkin’s treatment of the light humor in the novel is so subtle it could be missed by the distracted listener. Jaunty musical interludes grace the transitions between chapters, adding to the quaint charm of this production.”
—Audiofile Review 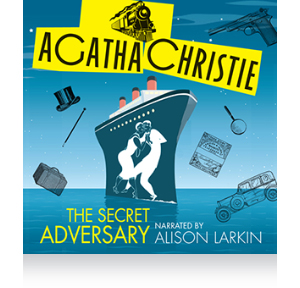 A rave review in Publishers Weekly!

The night before his fifth birthday, a young boy who can’t wait to grow up receives a visit from the Birthday Dinosaur. Together they fly off on a magical adventure, high above the earth. | Learn More 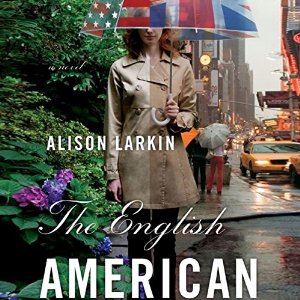 More about The English American audiobook 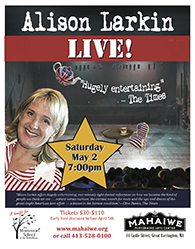 SUNDAY, May 31ST, 2015 – A Mad Hatter’s Tea Party to celebrate the release of Alice in Wonderland & Through the Looking Glass the 150th anniversary edition, narrated by Alison Larkin at Edith Wharton’s home, The Mount!

WATCH NOW! The Best Book I Ever Narrated

Alison wins BEST AUDIOBOOK OF THE YEAR award for her narration of Consider the Fork. 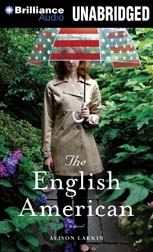 “Larkin moves delightfully between the various British and American accents … This audio experience is like watching a great romantic comedy. Have the tissues ready at the end—the romance is that good!” —AudioFile May 2012
Read more 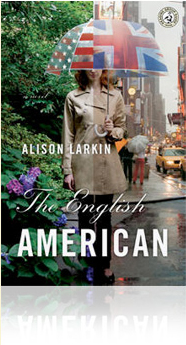 A VOGUE most powerful book of the season.
A Booksense Notable Book.

“The English American is a funny, charming and poignant book — the kind that you can’t resist reading in a single day.” —Chicago Sun Times

Springing from her internationally acclaimed one woman show, in her hilarious, poignant first novel, Anglo-American writer/comedian Alison Larkin draws further from her experiences as an adopted English woman who finds her birth parents — and a new homeland — in the United States and weaves them into a compulsively readable work of fiction.
Read more 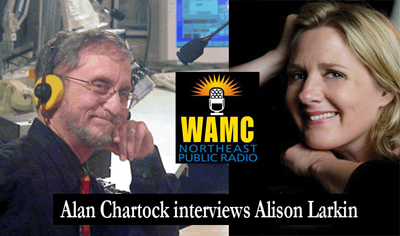 “I loved The English American and I think anyone
who gets it is going to feel the same way”
—Alan Chartock, WAMC National Public Radio, 12/7/2013

Listen to the WAMC Interview 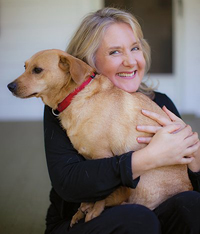 “A narrator to seek out… Unsurpassed.” – Audiofile Magazine

Since Alison won the Audiofile Earphones award for her own novel, The English American, (Brilliance Audio, April 2012) and the 2012 Best Non-Fiction award from Audiofile for her narration of Consider the Fork by Bee Wilson. Alison has narrated over eighty audiobooks. Recent narrations include Pride and Prejudice by Jane Austen, Don’t Want To Miss A Thing by Sunday Times best selling novelist Jill Mansell and Fool Me Twice by Meredith Duran.

Click here to watch a short video of Alison talking about some of her favorite narrations. 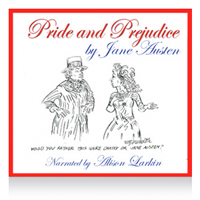 More about the Pride and Prejudice audiobook

Alison sings the DNA song at the end of a Keynote Speech to a standing ovation.